According to a statement released, WAEC said although provisional results for school candidates have been released, others have been withheld.

Stating that the council has withheld the results of some 48,855 students have were engaged in cases of examination malpractice.

Read More:  I will release the car after I get my money-Maurice Ampaw tells NAM1

Some of the candidates are alleged to have brought foreign material such as prepared notes, printed material and mobile phones to the examination hall, and connived with some supervisors to cheat.

“The entire results of 48,855 (14.12%) candidates have been withheld pending the conclusion of investigations into various cases of examination malpractice detected during and after the conduct of the examination,” the statement reads.

WAEC said “the withheld results of candidates may be canceled or released based on the outcome of the investigations.”

Read the Statement below: 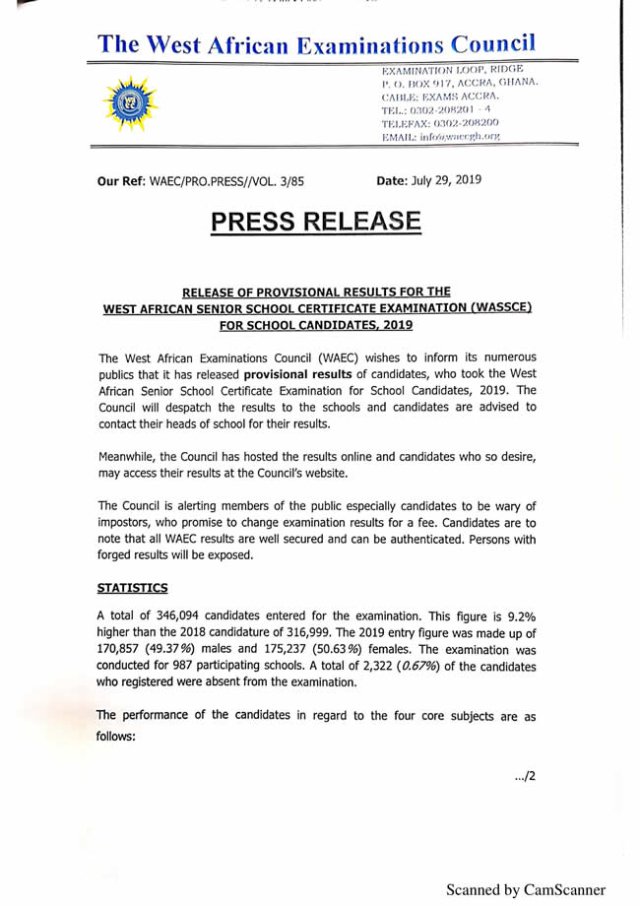 King of Sakawa, Abusua opens up more on how he made his money

‘Enough of the daily lies, walk your talk’ – NPP told