When we thought Wendy Shay would just keep quiet for her manager and fans to fight Bhim Nation signee Kelvynboy on her behalf, she herself has sent a subliminal shot to the musician over some comments he passed last week.

RuffTown records signee Wendy Shay has taken to her social media page to list some achievements she has attained ever since she started doing music and from how we see it she is just jabbing Kelvynboy.

Read More:  This Is What Shatta Wale Had To Say About His Current Relationship With Shatta Michy

According to her post, she was able to write six(6) songs, release an album in six months, has six awards and since we are on the sixth month she is planning to release her sixth banger.

Her comments come after Kelvyn revealed in an interview some days ago that he won’t waste his time to have a beef with someone who can’t write her own songs. 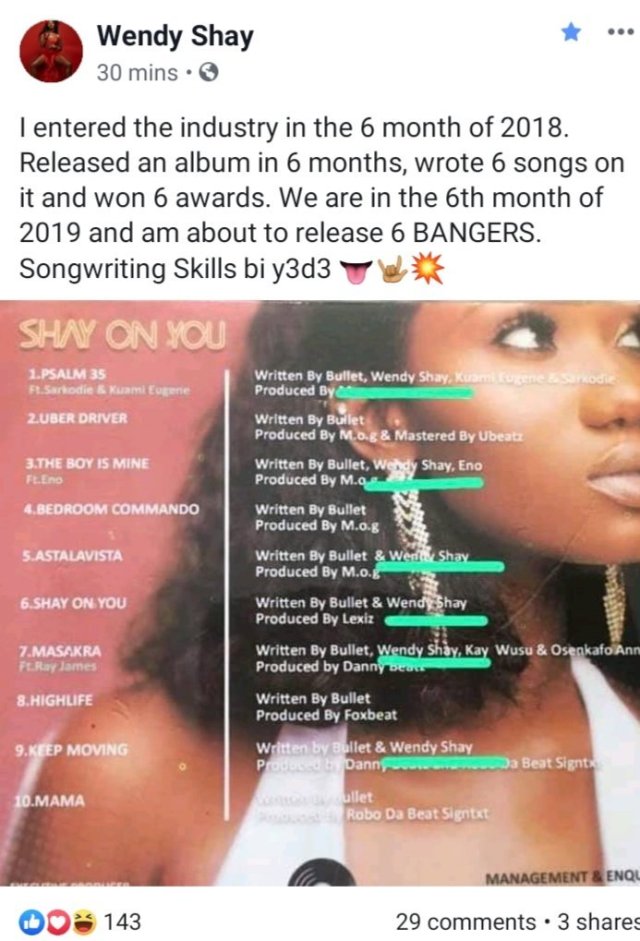